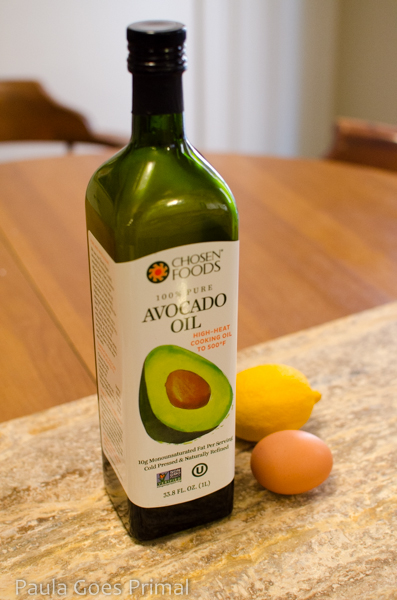 The first recipe I ever saw for homemade mayo involved aggressively whisking a room temperature egg yolk while simultaneously drizzling oil into your bowl. I take issue with several aspects of that recipe. First of all, how does anyone even have enough hands for that?! Second, there’s just way too much room for error. And third, I don’t really want to exhaust myself making a condiment.

The second recipe I saw (and the first one I ever tried) was similar, but used a food processor instead. It eliminated the need for at least three hands, but for some reason it didn’t work for me. It turned into a weird, oily mess, and I vowed to never make homemade mayonnaise again.

But then, last year I saw a recipe for homemade mayo that used an immersion blender, and I thought I’d give it a try.

It turned out pretty well, but I still had some issues with the recipe. For one, it wanted me to use a room temperature egg yolk, and it still wanted me to drizzle in half of the oil. It also called for “light” olive oil, and to me the flavor was just a little bit off.

Since my first Whole30 almost a year ago, I have really struggled with reconciling my desire to make things from scratch and the need for simplicity in my life. It’s not always easy to lead a healthy lifestyle, but I’ve made it my mission to get rid of needless complications in the kitchen. Not only does it discourage me when I feel overwhelmed at the prospect of an overcomplicated, difficult recipe, but it also sucks up the valuable time I’d rather be spending with my family.

So when I discovered this recipe on the Healthy Foodie blog that promised “foolproof” homemade mayo without any fuss whatsoever, I was super excited to try it. No need for drizzling or room temperature anything!

That recipe changed the way I thought about mayonnaise! I could literally whip up a batch in less than two minutes. Infinite condiment possibilities!

I made some tweaks to the recipe, the major one being that I prefer to use avocado oil instead of light olive oil. Overall I prefer the taste with avocado oil, but you can try it with light olive oil if that’s what you have. Whatever you do, do not use extra virgin olive oil. Trust me, I did it once and it was inedible…

You’ll need one egg (cold is just fine), one cup of avocado oil, lemon juice, a pinch of salt, and (optionally) yellow mustard. Place all your ingredients into a wide-mouth, one pint mason jar (or similarly shaped container with a fairly small opening). 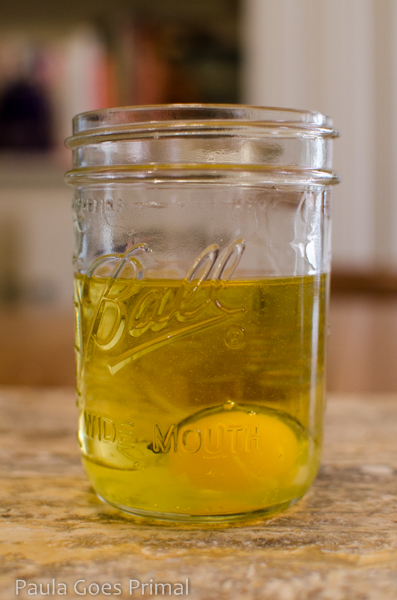 Put your immersion blender into the jar, letting it rest on the bottom. Turn the blender on high and hold it there at the bottom for about 30 seconds. You’ll see the mayo starting to “happen” almost immediately! 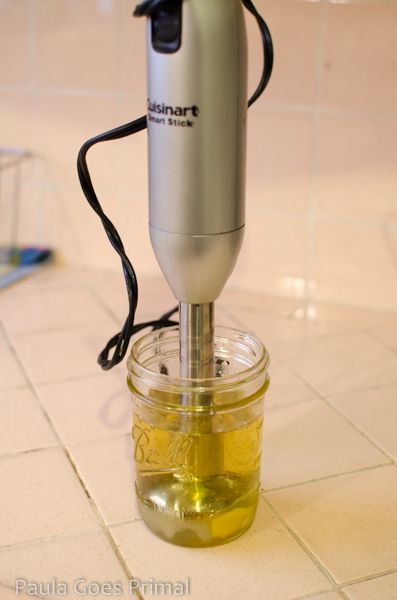 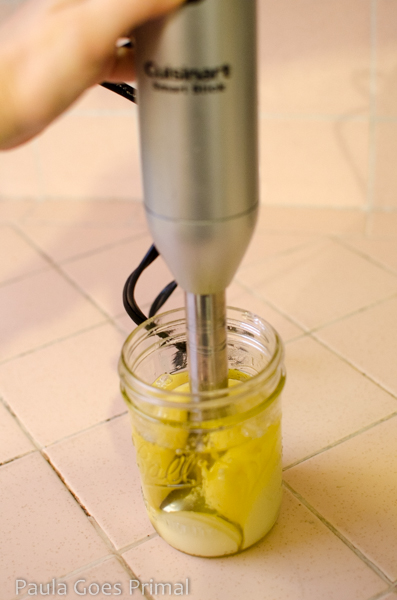 After about 30 seconds, start to lift up your blender to fully incorporate any oil that may be siting on top of the mixture. This isn’t rocket science, just blend a bit up and down until it all looks creamy and mayonnaise-y. Like this… 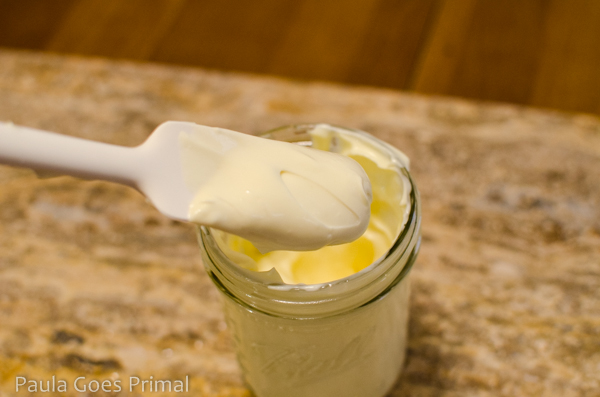 Now, take a taste and add more salt or lemon juice if you like. It’s that simple!

If you used a mason jar to make the mayo, you can store it right in the jar. I like to use these plastic lids and write the date on the top with a dry erase marker so I’ll know when it’s time to toss. 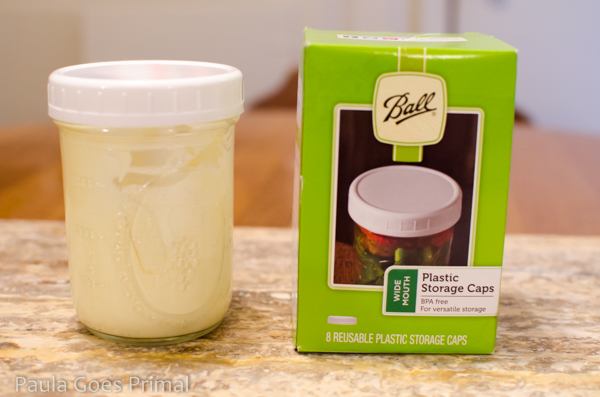 You have 1-2 weeks to eat it up, but I usually don’t use it after one week (plus, it’s normally all consumed by then!). 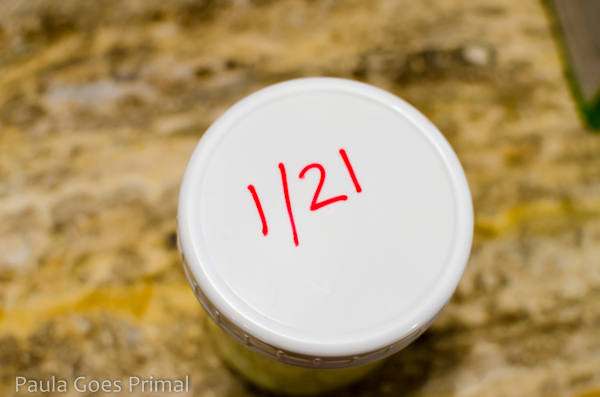 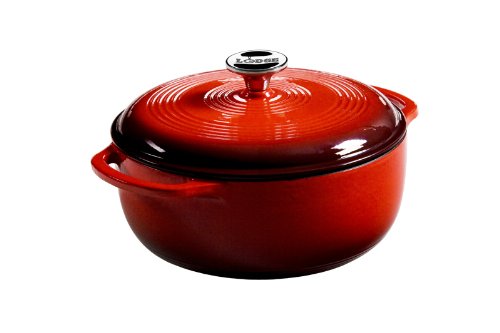